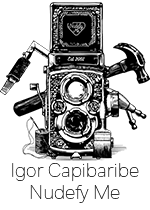 An Alternate state of body and mind

Trapped in Suspension is an ongoing series of people jumping naked in bed and being captured mid-air.

It is so much richer than the simplicity that its appearance suggests.

It just grew on its own. It's such a rich metaphor for different outcomes and states of mind delivered from simple actions.

I see people's faces, their smiles, their fun, childlike faces, jumping and learning, and trying to get it right.

Until they are airborne until they just get it "right". The initial reluctance and reservations give place to pure joy and encounter with their inner free-spirited child, adventurous souls, and fearless minds. "It's so small and simple and yet, I have never done this, it brings me so much genuine fun."

I saw a video from one of my favorite bands, London Grammar and I saw the behind-the-scenes of the video, the making off, the math, and the ingenious idea behind it. I had to replicate that somehow. And luckily, a few days after seeing the video, link below, I suggested to someone and it just happened.

Now it's part of my list of shootings when we are at the hotel for The Hotel Experience.

More than just the photos is how it's delivered, it's the intention behind its print and where it takes you to see yourself on your wall, jumping naked in bed, as high as you can jump; fearless, powerful, mighty.

A visual cue that you can do everything.

I am humbled to be a small part of it.

Take those clothes off and jump!!!

also, please watch the making off